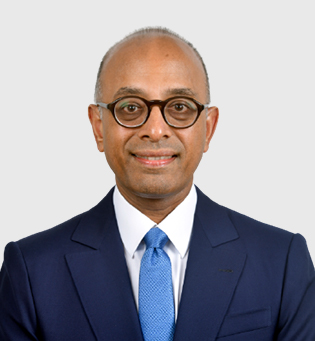 Mr. Ashwin C Muthiah is the Founder Chairman of AM Group of Companies, Singapore which has interests across the globe in fertilizers, petrochemicals, distribution, infrastructure, healthcare and green energy. He is a commerce graduate from Loyola College, Chennai. After completing his post-graduation in management studies in the US, he joined the Group in India.

Mr. Ashwin, a third-generation business leader, has led the group since 2001; he initiated the strategic re-orientation of various business entities to transform them into future-ready and sustainable entities in the new global economic environment. Today, the US$ 2 billion Group’s ventures span diverse, traditional and new-age businesses across India, South East Asia and the UK.

Besides steering the Group as Chairman of the parent company, Mr. Ashwin also heads the Boards of the various group companies such as Southern Petrochemical Industries Corporation (SPIC), Manali Petrochemicals Limited (MPL), Sicagen India Limited and Wilson International, Singapore. He is also the Vice Chairman of Tamilnadu Petroproducts Limited (TPL).

Mr. Ashwin is the Consul General Ad Honorem for the Republic of Philippines in India and has served as a member of the Singapore Economic Development Board (EDB).

His philanthropic interests are focused on the areas of provision of safe drinking water and solving the sanitation issues of the needy through CSR efforts of AM Foundation. He is also a trustee of the Saigon Chettiars’ Temple Trust in Singapore that promotes ancient history, culture and traditions. 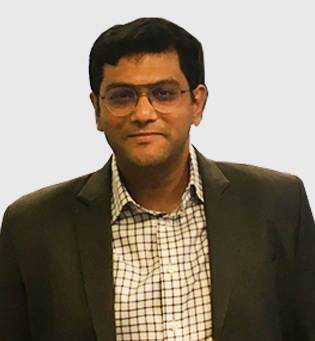 Mr. G. Chellakrishna, is a Post Graduate in Commerce and a Chartered Accountant. He has also completed a Post Graduate Programme in Business Management from the Indian School of Business (ISB)/Kellogg Graduate school of Management, Hyderabad. At present he is a partner at SRSV & Associates, Chartered Accountants, Chennai which provides Assurance, Tax and Advisory services to a varied client base.

Mr. Chellakrishna joined MPL’s Board as an Independent Director in August 2014 and heads its Audit Committee. He is also a Director on the Boards of various other companies. 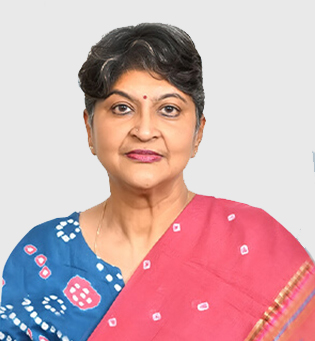 Ms. Sashikala Srikanth, a graduate in Economics, is also a Chartered Accountant. At present, she provides consultancy services to various corporates including the being involved in the area of Corporate Social Responsibility.

Earlier, she was Senior General Manager – Resources of IAL Group, and Group Financial Controller of Shattaff Group, in Dubai from 2003 to 2005. She also held various Senior Management level positions in leading Companies from 1996 to 2003 in India. She was associated with A F Ferguson and Co., Chartered Accountants, Chennai from 1987 to 1995 where she had also done her articles during 1984-87.

Ms. Sashikala joined MPL’s Board as an Independent Director in August 2014 and heads its Risk Management Committee. She also serves as a Member of the Board of several companies, both listed and unlisted. 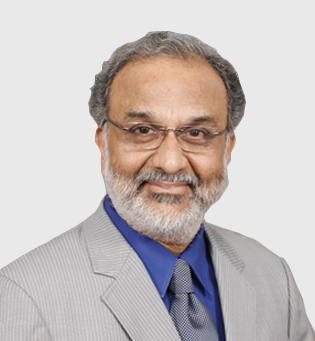 Mr. Govindarajan Dattatreyan Sharma, a Post Graduate in Personnel Management & Industrial Relations from Tata Institute of Social Sciences, is a Senior HR Professional with over 40 years of experience across industry verticals. He has held senior positions and led the HR function in various corporates such as BGR Energy Systems, Larsen & Toubro, Vedanta (Sterlite) Group, SRA Systems, E.I.D. Parry and SPIC. At present he is Principal Consultant, Beeline HR Advisory, his own HR & Management Consulting Firm, advising major organizations, Institutions and individuals on managing growth and helping them realize their potential. Mr. Sharma is a well-respected HR veteran, with rich experience in the complete spectrum of the human resources functions across varied business segments. He has had exposure to multi-national mergers and acquisitions, cross-cultural change management, large scale integration facilitation skills and the like. He has designed and successfully implemented management and leadership development initiatives across the enterprise and is well-versed in strategically aligning HR with Business. Mr. Sharma also plays an active role in Education/Academia and Training, and is associated as Advisor, Adjunct Faculty, Visiting Faculty, and Mentor with prestigious B-Schools and leading Business houses. He is a much sought-after trainer, speaker, rapporteur, facilitator and moderator in professional, social and cultural circles. Mr. Sharma has won many Awards and Distinctions. He was the ‘Best Outgoing Student’ of the 1979 batch of M.A (PM & IR) at TISS and a Gold Medalist. His other awards include Rotary Foundation Group Study Exchange Fellowship in 1985; Fellowship of AOTS in 1996; Leadership Excellence Award from ITM University in 2006; Lifetime Achievement Awards by HR Sangam in 2016 and HR Caucus in 2018.

Mr. Sharma joined MPL’s Board in February 2018 as an Independent Director and heads its Nomination & Remuneration Committee. He is also Director in other listed companies. 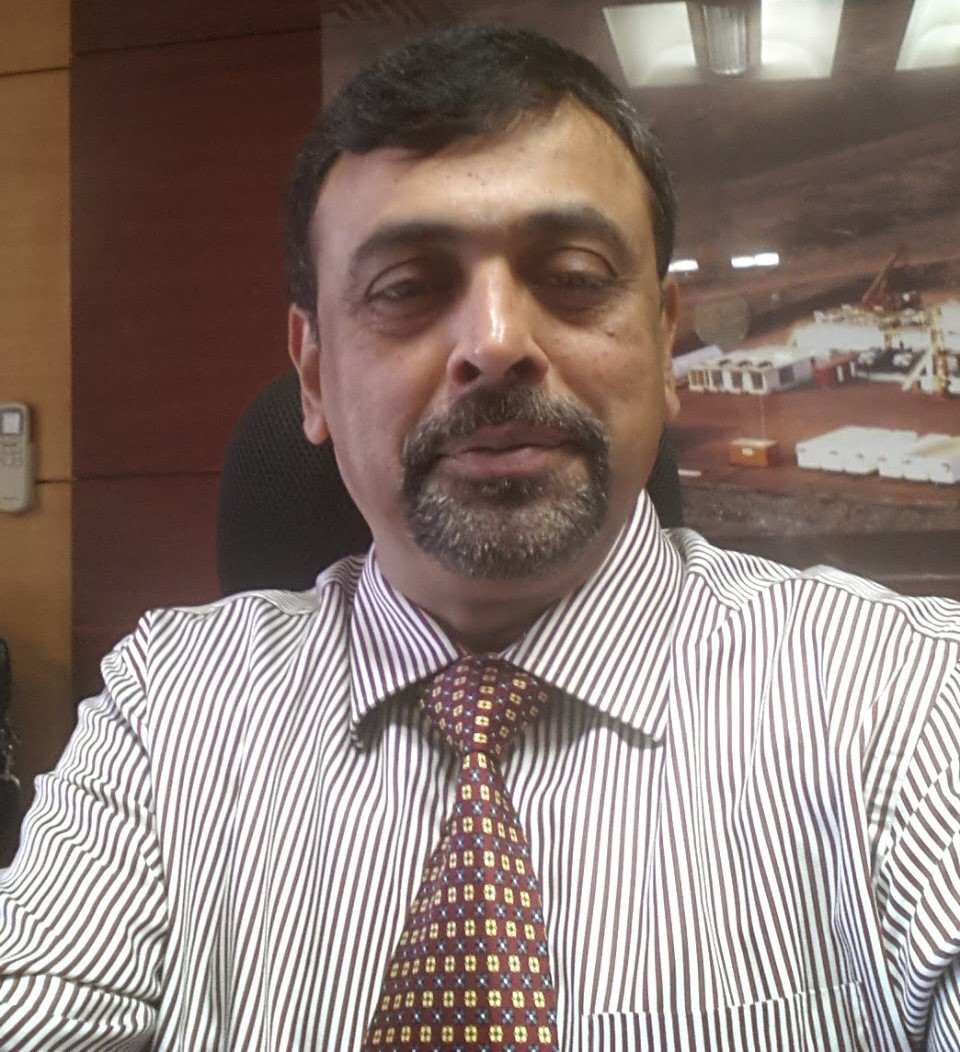 Lt. Col. (Retd.) Chatapuram Swaminathan Shankar, is a Chemical Engineer and has served Indian Oil Corporation Limited for 37 years. He retired as its Executive Director, and during his tenure had headed various verticals within the organisation, viz., Aviation, LPG, Director Secretariat, Petrochemicals, Corporate Training & Development, Planning and Co-ordination, Law and Quality control.

Concurrently, Lt. Col. Shankar was commissioned in the Indian Territorial Army as an Officer in 1983 and had been an active soldier for over 30 years. He had headed Battalion in relief and rescue operations during the Gujarat earthquake, Odisha super cyclone, Andaman’s tsunami and various other critical operations of national importance.

A passionate trainer and motivational speaker Lt. Col. Shankar has presented technical papers at various National and International forums. Lt. Col. Shankar is a director of MPL since May 2019 and is also a Director of Tamilnadu Petroproducts Limited. 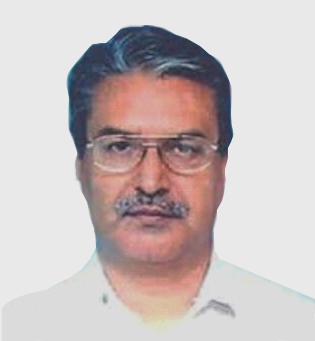 Dr. N. Sundaradevan, IAS (Retd), holds a Master’s degree in Chemistry and also a Ph.D in Sociology (Applied Demography). He was in Indian Revenue Service as an Income Tax Officer from July 1977 to July 1979 and later joined the Indian Administrative Service.

Dr. Sundaradevan joined MPL Board as an Independent Director in June 2019 and also serves as Director of various listed and unlisted companies. 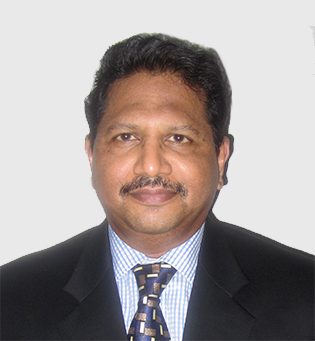 Mr. T K Arun is a graduate in Commerce from University of Madras and is an Associate Member of the Institute of Company Secretaries of India, New Delhi. He has served in some leading industrial promotion and infrastructure development organisations, including, Tamilnadu Industrial Development Corporation Limited (TIDCO), Kamarajar Port Ltd., Guidance Bureau,  New Tirupur Area Development Corporation and after an illustrious career of over 3 decades, retired as Senior General Manager and Secretary, TIDCO.

Mr. Arun has over 35 years of experience in investment promotion and project development. He worked in multiple state and central government organizations in various specialised sectors including equity investments, industrial promotion, ports, roads and water supply. He has wide experience in commercial negotiations, contracting and contract management, structuring of PPP infrastructure projects in Ports, roads and IT sectors, procurement of developers for PPP projects, Management of PPP contracts, management of project contracts including financing, concession documents, arbitration and conciliation proceedings and asset re-structuring. Post his retirement from TIDCO, he is advising established corporates on legal, administrative and governance processes.

He had served as Director of many companies assisted by TIDCO including MPL from October 2009 till November 2017. Having served on the Boards and committees of several companies for over ten years, he has a good exposure to company management and corporate governance.

Mr. Arun joined MPL’s Board in February 2018 as a Non-Independent, Non-Executive Director. He is also a director of SPIC Limited. 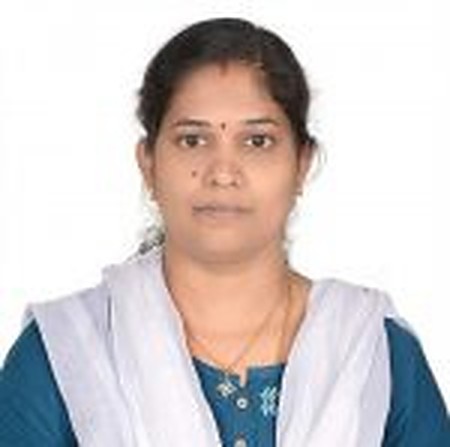 In her 10 years of service in TIDCO, she has handled various projects including development of Aerospace Park and Aero Hub (Technology center) for Aerospace and Defense Industries, Special Economic Zone, Industrial Parks, Solar Parks and Solar Power Plant. Presently she is handling Industrial Corridor projects, Greenfield Airport and Fintech city projects and so has expertise in various aspects of project management.

Ms. Bhuvaneswari is also a Director of Tamilnadu Petroproducts Limited (TPL) and Saptharishi Argo Industries Ltd. She is a Member of all the Committees of Directors of TPL and also of the Company. 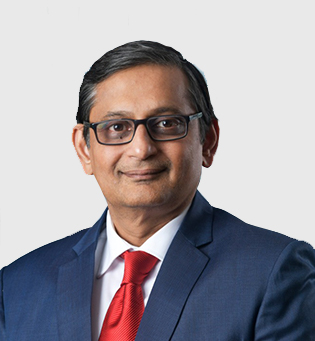 Mr. Muthukrishnan Ravi, is a B.Tech in Chemical Engineering from Madras University and holds a PG Diploma in Business Management from Xavier School of Management, Jamshedpur popularly known as XLRI.

He started his career as an Assistant Engineer with Indian Organic Chemicals Limited, Chennai in 1982 and has more than 38 years of experience in reputed organizations in India and abroad such as Madras Refineries Limited (now CPCL), Saudi Arabia Petroleum Company, (SADAF, Saudi Arabia), ESSO, Singapore, DOW Chemicals, Sanmar Chemplast. He was the Commercial Head for Asia Pacific and Country Head for Indian Subcontinent of DOW Chemicals from 1997 to 2009 and later served Sanmar Chemplast as its Executive Vice President for Strategy and Global Sourcing.

Mr. Ravi joined MPL as its Chief Operating Officer on 1st April 2011 and was appointed as the Wholetime Director with effect from 29th July 2011. He became the Managing Director of the Company with effect from 1st October 2011. During his tenure MPL is scaling new highs both in operational and fiscal performances, as could be seen from the financials of the Company. He also guided the Company to successfully come out of various difficult situations between 2015 and 2017, arising from natural calamities and regulatory restrictions.

Mr. Ravi also played an important role in the global foot-printing of MPL and led the negotiations in the first ever overseas acquisition of Notedome Limited.

Mr. Ravi was also the Managing Director of Tamilnadu Petroproducts Limited from February 2013 to February 2016 and guided TPL to come out of the severe cash loss situations through various proactive measures. 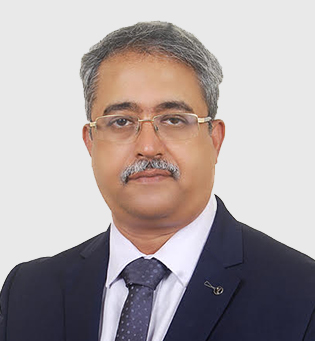 Mr. M Karthikeyan is a Chemical Engineering graduate from Coimbatore Institute of Engineering Technology, Coimbatore. Immediately after passing out with distinction, in July 1988 he joined Tamilnadu Petroproducts Limited in the LAB Division as a Graduate Engineer Trainee. He has risen to higher ranks over the years in TPL and became its Vice President (Operations). For more than 31 years, Mr. M. Karthikeyan worked in the LAB Plant of TPL and later moved to its Chlor Alakali Division in the year 2019 as Plant Head. He has functional experience encompassing plant operations, erection and commissioning, quality control, projects execution and related areas. He has proven skills in leading teams to work with tight deadlines to achieve corporate objectives and has also handled various emergencies with young teams of professionals. He has undergone various trainings which have further honed his skills over the years. 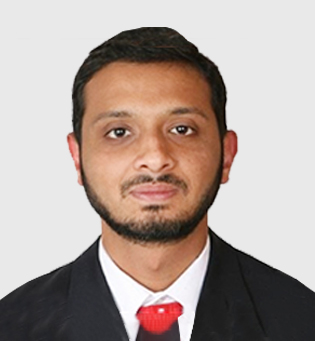 A graduate in commerce and a Chartered and Cost Accountant, Mr. Anis heads Finance and Accounts of MPL and also takes active part in cross functional matters. He has more than 20 years of experience in India and abroad. He has worked in leading companies such as L&T Cements in India and OLAM International in South Africa. As the regional CFO of East & South Africa based at Durban, he has handled 36 business verticals of OLAM. He has also worked with Switz International, as CFO for the company in charge of the entire GCC region for the FMCG products. 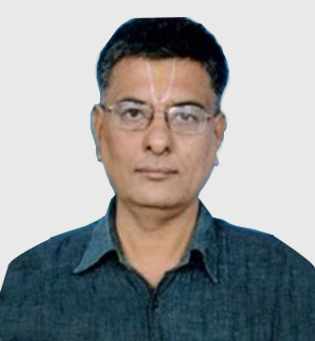 A post graduate in Commerce and an Associate Member of the ICSI, has more than 38 years of experience in Secretarial, Legal, Finance & Accounts, Audit and Taxation. He has worked in diverse industries such as drugs & pharmaceuticals, steel, automobile, engineering and real estate.

Stock market essentials for August 10: Union Cabinet to meet today at 11 am

MPL believes that happy employees are the key to long term success. MPL expects and nurtures leadership in every employee and adores people with creativity.